Not So Everyday Life

Have you ever had one of those instances when you take a minute to step out of the moment you’re in and just look around you? You close your eyes for a few seconds, take a deep breath, and with that breath you take in what’s right in front of you before opening your eyes and thinking, “This is MY life.” 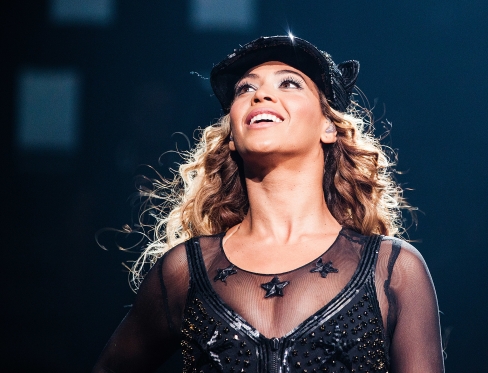 People often ask how I get access to the concerts and events I attend, and while I won’t give away all my secrets, I will tell you that it’s actually a bit of a lengthy and tedious process. July 9th should’ve begun like any other Tuesday, but an unexpected email threw my entire day for a loop.  I found out I was approved for tickets to see Beyonce’s Mrs. Carter World Tour and pretty much dropped everything to drive to Ft. Lauderdale for the one show I knew I COULD NOT miss.

When I’m prepping for an interview or concert review, I do my best not to look at what other people write because I want a fresh perspective on it, but when it comes to Beyonce, her reputation as a performer is hard to ignore. With a string of #1 hits, numerous memorable TV performances, and millions of records sold, it was anyone’s guess what to expect from her, but one thing is for sure—Beyonce ALWAYS delivers and NEVER disappoints.

More than 20,000 people filled the BB&T Arena with anticipation to see one woman, and their energy was intoxicating from the moment you stepped into the venue. The lights went out shortly after 9:15pm and the audience roared with excitement.

The Renaissance-themed film shorts revolved around the untouchable glamor of Queen Bey, a title she doesn’t take lightly, and it’s obvious that title was earned and well-deserved.

Beyonce kicked off the show with “We Run the World (Girls),” which was not only appropriate, but I feel also the best choice to start the show off with a bang in a mostly female audience. The music came to a halt after the number as she posed with a ferocious look in her eye questioning whether the audience was ready for what was in store. What happened next brought me to respect Beyonce more as not only an artist, but also a person.

She speaks of having two different personalities—Beyonce and Sasha Fierce—to separate her real life from her on-stage persona.  I suppose that’s kind of a hard thing to understand until you see it, but it all made perfect sense that night. As she posed, the crowd chanted her name so loudly that I had to check to make sure I was really wearing earplugs and then it as if a switch when off—she wasn’t having a diva moment. Sasha Fierce stormed the stage in an explosive opening number setting the tone for the next two hours, but Beyonce had one of those “this is my life” instances. We saw a moment of humility and the genuine side of her as she looked over the crowd of 20,000 adoring fans like it was the first time she was seeing something like that happen. For a woman of her success with numerous awards, magazine covers, and a high-profile relationship, Beyonce came off very genuine and humble. After welcoming the crowd and thanking them for choosing to spend the evening with her, it was back to Sasha Fierce and the show went on.

Each number outdid the previous one with a passion that showed no signs of slowing down. The louder the audience, the more powerful Beyonce looked. Often times you’ll hear performers say they feed off the energy of the crowd, which is very true, but there was something special about this show because she is not just a performer—she’s a true artist.

The entire show was captivating from start to finish. Every movement was perfectly executed and filled with energy; the costumes were simple and not too over the top, yet completely breathtaking showing off every inch of her flawless figure; and her vocal ability was just as impressive live as it in on record. The show was visually appealing without a complicated set and relying on all the “fluff” other performers use to compensate for what they’re lacking—Beyonce is an artist and I swear she could’ve put on an amazing show with just a mic stand wearing jeans and a t-shirt.

Her band made up of all females was a testament to her platform dedicated to empowering women. She worked the stage with such strength that it was hard not to pick up on that confidence and take it home with you. Granted the well-known hits like “Single Ladies,” “Crazy In Love,” and even Destiny’s Child throwback “Survivor” got your heart pounding and reinforced her status as one of music’s most talented performers, but when it came down to “1+1” and “If I Was A Boy” she showed a softer, yet still powerful side, and it was a refreshing reminder of her pure talent.