Not So Everyday Life

By now it’s no surprise I LOVE going to concerts, and you can tell by my social media posts that I’ve been blessed with amazing friends who give me once-in-a-lifetime experiences I will cherish forever. It isn’t very often that I’m able to go above and beyond just having a +1 at a show with me, but when it does happen chances are I leave myself speechless, which let’s be honest RARELY happens 😉

I met Taylor several years ago, but it wasn’t until the last few months that we’ve formed a special friendship that honestly would not have the same impact on me if it happened sooner than it did. Taylor is a two-time cancer survivor and started a non-profit based out of Jacksonville called WithLove, which does toy drives, special events, and gives unique experiences to children battling cancer. It’s truly amazing what Taylor’s been able to accomplish through WithLove, and because she works so hard, a night out away from all she takes on is rare. 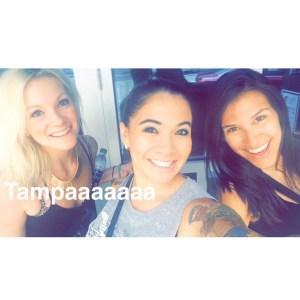 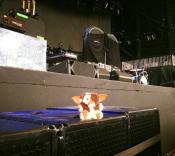 I knew Taylor’s favorite band is Incubus, so when I got a notification they were coming to Florida, I immediately let her know and we decided to buy tickets, but of course they were 6th row seats because why wouldn’t you want to be that close to Brandon Boyd 😉 Apparently they share a love of gremlins (yes, like the movie), so I encouraged Taylor to bring the stuffed animal with her for a special reason.

Little did Taylor know I had something up my sleeve. I enlisted the help of our friend Diana to help me surprise her with meet & greet passes to meet the band before the show, which was harder than you would think considering we always rag on Taylor for running late (we still love you though!) and this was one time we HAD to be on time. Thankfully, it all came together when we made Taylor think I forgot our tickets at home (I would NEVER do that!) and I handed her the envelope with our M&G passes at the venue. I WISH I recorded her reaction because the look on her face was priceless as she looked at Diana and I wondering if she was being pranked. By now she started to realize that I was dropping hints of the M&G and was happy we told her to bring Gizmo the Gremlin to the show. 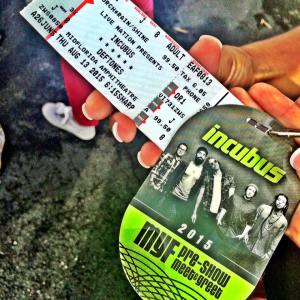 The M&G was short and sweet as they tend to be, and Taylor was walking around with the biggest smile on her face after meeting them. As you can imagine our energy level was sky high and we were ready for the show. Admittedly I’m not a huge Incubus fan, but I’m familiar with their stuff. Of course Taylor was singing every word at the top of her lungs and dancing without a care in the world– MISSION ACCOMPLISHED!

The sixth row was good to us.

However, that wasn’t the end of our night with Incubus. We were slipped after show passes to hang out backstage, so cue another wave of excitement among the three of us. I’ve had my fair share of backstage experiences, but the best ones involve sitting around doing practically nothing except talking. It was awesome to walk back there and see how personable everyone was towards us. We were especially surprised when Brandon Boyd spent some time talking and getting to know us. I was happy to discover he is exactly what I expected: soft-spoken and engaged with a great sense of humor. He held Gizmo and reminded him of the rules, but that didn’t stop him from threatening to get him wet 🙂

It was really an unforgettable night for someone who truly deserved a night that was all about her. To learn more about Taylor’s non-profit, visit WithLoveCharity.org. 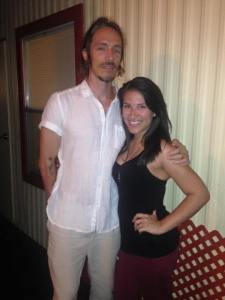 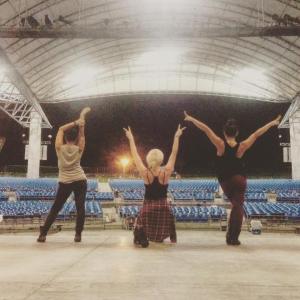