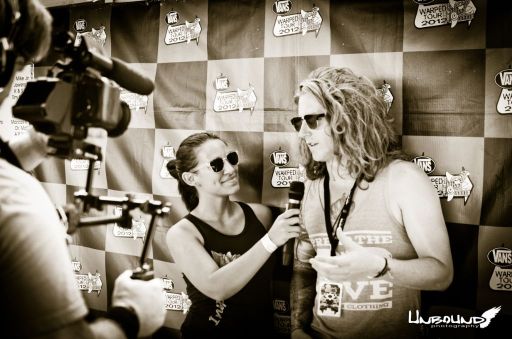 Occasionally I get people asking me how I “meet all these famous people” that are in my pictures and interviews. The answer to that question varies with every person, and in some cases they find me first.

I met Travis Clark of We The Kings in May 2011 when they were opening for Anberlin at NAS Mayport in Jacksonville. I was there to see Anberlin and had honestly never heard of WTK, but Travis made a hell of a first impression that I won’t easily forget.

I showed up to the show alone wearing no makeup, sandals, jean shorts, a Beatles shirt, and black fedora– obviously the LAST thing I was looking for was attention. Keep in mind I had NO idea who WTK was, so when Travis popped up out of nowhere (I mean, I guess you could say he was hitting on me) to say hi to me and ask me who I was with, I was less than forthcoming to make a new friend. At first I thought he was some teenager coming ask me if I would sneak him a beer, but had I paid attention and noticed the tattoos all over his body it would’ve been pretty obvious he’s no teenager. 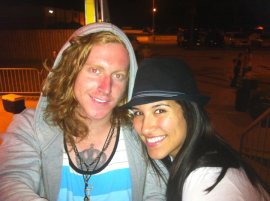 With that in mind, I gave him very short answers to his questions until he finally went away. A few minutes later I went walking by the merch tables and came across a WTK t-shirt with none other than Travis’ face plastered across it. The merch guys must have heard the story of the girl who blew off the lead singer because they started laughing at my reaction and slight embarrassment when I put 2 and 2 together. I found Travis, apologized for blowing him off, and we’ve been buds every since. Yes, it’s that simple.