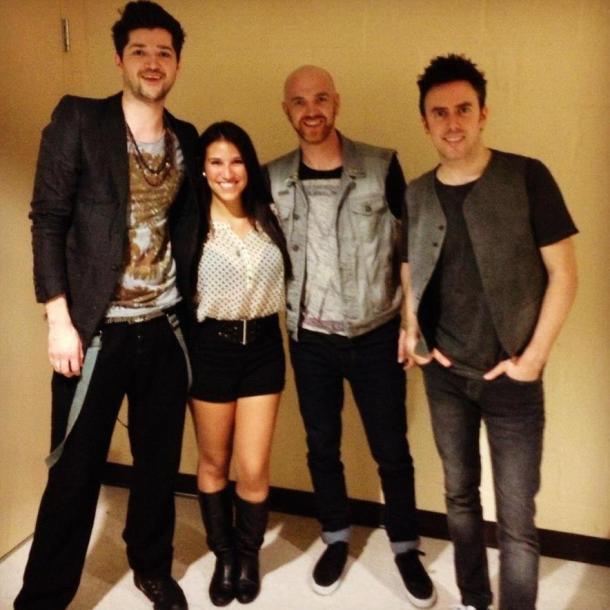 We aren’t even half way through November, but it’s already been such an exciting month! It started off bigger than I could have imagined when Epic Records rep Scott Dimig hooked me up yet again with an interview I never expected to book. I’ve spent enough time around bands to be comfortable talking to anyone, and I’m not one to get starstruck, but I’ll admit that the night before this interview I was insanely nervous. This is definitely the biggest interview I’ve done thus far, and considering it was with one of my favorite bands OF ALL TIME, I think I had a reason to be a little nervous.

The Script just released their third album #3 last month, and it’s been in constant rotation ever since. It was a long 5-hour drive from Jacksonville to Boca Raton the morning of my interview, so I had a lot of time to think about what I was going to ask them and ponder what they would be like. They’re from Ireland and I’ve never met an Irishman I didn’t like. My friend Mark was my camera guy for the day and Scott escorted us around. I remember being very giddy and anxious to get it done.

We went backstage into the dressing room and I immediately felt very comfortable. They introduced themselves to me with a handshake and kiss on the cheek, then it was time to get down to business. The interview went well and there were some good laughs along the way. I’ve worked with a lot of people the past few years, and The Script is definitely one of the most down-to-earth and genuine bands I’ve ever met. I know I say this a lot, but I really mean– if you ever get the chance to see/meet The Script, GO! The show was fantastic and the energy they put out to the crowd is intoxicating.

2 thoughts on “A Spot of Tea with The Script”