There’s something so nostalgic about hearing an old song that takes you away from the present and takes you back to a significant time and place from your past. Granted that time and place may not always be filled with happiness, but nonetheless it’s still nostalgic. For me, recently hearing “Paperthin Hymn” by Anberlin was that song. I was stumbled upon the band when I was in high school –which seems like forever ago– and I’ve been a huge fan ever since.

My job comes with some pretty sweet perks. Yes, the concerts and interviews are beyond awesome, but I was so excited when I started getting advanced copies of albums from the record labels and publicists of some of my favorite bands—Anberlin being the latest with their new album VITAL  which drops October 16. 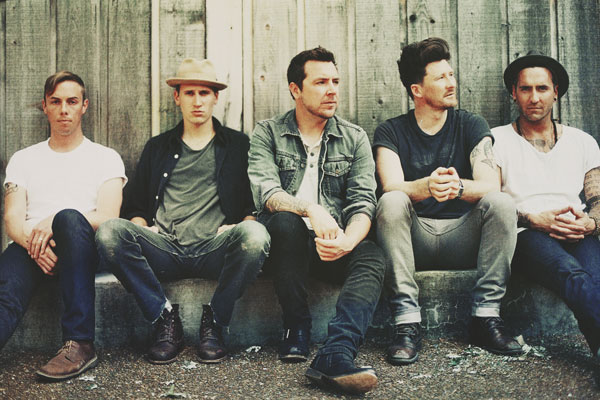 One thing I’ve noticed about Anberlin is their fans are so loyal. Yes, their radio hits like “Paperthin Hymn” and “Feel Good Drag” are great songs, but if you’re a fan of theirs for the songs that aren’t singles, you’ll love this album. Their last album DARK IS THE WAY, LIGHT IS THE PLACE is one of my absolute favorites, so I had high expectations. I’m big on lyrics and quote Anberlin’s in my Facebook statuses often along with the occasional Tweets. 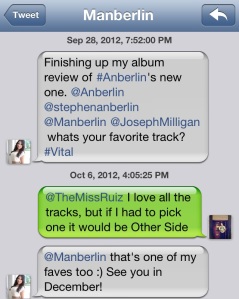 This album is packed full of captivating lyrics (Stephen Christian’s vocals sound fantastic!) paired with the catchy melodies and guitar rifts, which I’m always so fond of.  There’s a tie for my favorite track between “Other Side” and “Modern Age.” I personally prefer songs with a bit more of a harder alternative rock sound, which is why I love “Modern Age,” but “Other Side” has some pretty unique musical elements I think fans will be pleasantly surprised to hear.

I’ve seen Anberlin a few times in the last two years, and they’re one of the few bands that sound just as good live as they do on their album. Thankfully Jacksonville is listed as a stop on their upcoming promotional tour– December 2nd so get your tickets before it’s sold out!

Are they coming to a city near you? Check their website for tour dates.

One thought on “Anberlin: Vital– It’s About Time!”